Skip to content
FacebookGoogle
Was Your Property Damage Insurance Claim Low-Balled?
You may be eligible for an alternative dispute resolution via appraisal
Save Time, Save Attorney Fees, Save Stress!
Find out if you qualify to go to appraisal?
FREE CLAIM REVIEW

Appraisal has often been described as a mechanism to resolve disputes between the policyholder and the insurance company. Appraisal provisions have been written within insurance policies for well over a century. The main purpose of utilization of insurance appraisal is to allow a quick and inexpensive resolution of the value of the loss. Appraisal is considered ADR, alternative dispute resolution, and it is designed to remove the high costs of hiring Attorneys, while also allowing for a much quicker resolution then a Lawsuit. More so, insurance appraisal is preferred by the Florida Courts, as they appreciate the reduction in their docket load, and thus they will typically enforce the appraisal clause when an insurance company is attempting to get out of complying.

In most states, the rules require that once appraisal is properly demanded, appraisal can be specifically enforced by either party. Furthermore, the appraisal must be completed before the court can address any coverage issues, even if the insurance company alleges that the loss is not covered. If the insurance company refuses to participate in appraisal, they may be liable to the policyholder for actual damages incurred.

When hiring an Appraiser, the qualifications are often guided by the policy provisions regarding appraisal. These policies typically define the appraiser as competent and disinterested. Competency is generally defined as someone who has a reasonable basis for reaching an intelligent decision, in the matter for which the dispute requires. Therefore, licensed public insurance adjusters are typically the preference when policyholders look for an Appraiser to resolve their claim. Public Insurance Adjusters in Florida are the highest designation that an insurance professional can have, and these professionals are highly skilled in both damage calculation, negation, and of course are also very well versed in advocating for the policyholder.

As mentioned above, public policy favors resolution of disputes via appraisal as an alternative to litigation, admissibility in subsequent proceedings is rare. Generally, once the appraisal is concluded, an award signed and forwarded to the parties, and monies paid, the matter is finished. If someone is dissatisfied and pursues court action, the courts will generally enforce the appraisal clause. This has been true for more than a century. 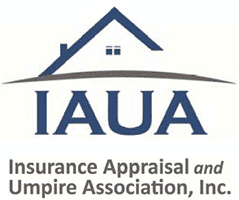